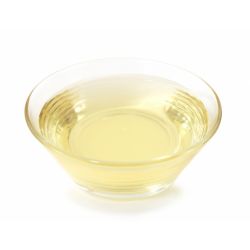 Castor oil is derived from the seed of the Ricinus communis plant. It is well tolerated by the skin and used as carrier oil, skin conditioning agent and an emulsion stabiliser in cosmetics.

The evergreen castor bean shrub is considered native to eastern Africa. It is cultivated in southern Asia, Africa and other hot parts of the world. The seeds are collected when almost ripe and allowed to mature in the sun.

It is mainly made up of ricinoleic acid; the oil is produced by cold-pressing the seeds and goes through a clarification process by heat before use. The seeds contain ricin, which is poisonous, but it does not absorb into the expressed oil. The oil is a colourless, odourless and tasteless pale yellow liquid.

Castor il and its derivatives are widely used in the manufacturing of soaps, lubricants, waxes, nylons, pharmaceuticals and perfumes, amongst others.

The oil also contains undecylenic acid, which is a powerful answer to dermal fungus.  In 1961, in the journal of American Oil Chemists’ Society, A.F. Novak documented the antimicrobial properties of the two main derivatives of castor oil: ricinoleic and oleic acids.  He found that these two substances were superior in their activity against several species of bacteria, yeasts and moulds.

Traditional uses of castor oil include the treatment of skin problems, burns, sunburns, skin disorders, skin cuts, abrasions, etc.  It has also been used to draw out sties in the eye by pouring a small amount and allowing it to circulate around the inside of the eyelid.  The oil has similarly been used in a soaked flannel and placed on the body to cure various ailments, such as headaches, muscle pains, and skin complaints.

Vegetable oils are favourable alternatives to petroleum-derived lubricants due to their emollient property and biodegradability. Castor oil has better high temperature lubrication than most vegetable oils, making it ideal for use in cosmetics.

Castor oil has been used medicinally around the world for 4,000 years and is featured in Indian and Chinese herbalism.

We use castor oil for its emollient action in our Lemony Flutter cuticle cream.