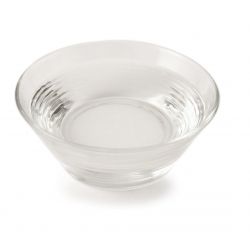 EDTA is a chelating agent formed of four carboxylic acid groups attached to two nitrogen atoms. In certain conditions the compound develops negative charges on four of the oxygen atoms; this allows EDTA to sequester (grab onto) free metal ions or minerals. The analogy that we like best is to describe EDTA like a lobster, with claws closing around minerals as they float past in the water!

EDTA is widely used in colour cosmetics, soaps, shampoos and toiletries to prevent changes in colour, texture and fragrance.

EDTA has several industrial, medical and dental applications and can also be used in food preservation.

We use EDTA as part of our new palm-free soap base.

Removing free metal ions or minerals has several benefits. Firstly it adds to the stability of the material by acting as an antioxidant, this means that soaps like Ice Blue and Miranda stay brightly coloured and smelling beautiful.

A further benefit of removing the metal ion is that the hardness of water is reduced, giving a better skin feel.

The final benefit of removing metal ions or minerals is that it helps reduce the scum that some soaps naturally develop when used in the bath. There’s no scum on our 13 Soap (Unlucky for Dirt).

Over the years, there has been much discussion about the use of EDTA. While it is agreed that it is a safe material for use in cosmetics, there are some concerns about the usage levels and how this may affect the environment. Unfortunately, when we removed EDTA from our soap there was a noticeable deterioration in the colour and fragrance properties, so we decided to keep it in the formula.

When thinking about this, we considered that the percentage in the soaps is incredibly small and housed in our pioneering palm-free base; we think this is our best soap base and has some of the greenest environmental credentials on the market. We use EDTA in Summer Pudding and all of our soaps and shower smoothies.